As a tribute to a great time of History, Domaine Laroche has dedicated its flagship wine to Saint Martin and celebrates it in November each year.

When life becomes legend
Saint Martin was born in Hungary in 316. He was an officer in the Roman army. He converted to the Christian worship that was his deep belief from his childhood.
During a night watch in Gaul, he met a beggar and gave him half of his coat that he cut with his sword. When he died in 397, his relics were kept in Tours, where an abbey was founded and dedicated to him. It became an important place of pilgrimage very soon.
Nearly five centuries later, the abbots of Tours are threatened by the Normans and send the relics in one of their well-hidden properties, the Obédiencerie de Chablis. The niche where the relics were kept is still exposed, in the remains of a tower, in the middle of aging wines. 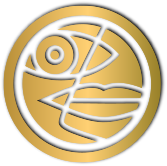 To use this website, you must be of legal age to consume alcohol in your country of residence.

Continue
By accessing the website, you accept the use of cookies.
Alcohol abuse is dangerous for health. ©LAROCHE 2016. all rights reserved